Slack has seemingly forever changed the way teams communicate. Rather than those annoying “reply-all” Emails that get tossed from department to department in a massive corporation, organizations can now collaborate (chat-style) faster than ever before.

That’s why I decided to start using Slack.

Not only did I use it with my team, but I quickly learned that many of my clients used Slack as well making it easier for all of us to collaborate on various projects.

Despite how helpful Slack became, I eventually decided to switch to Basecamp—here’s why:

For me, organization is everything. In many ways, it’s the mother of productivity. It’s amazing how much just a little hunting for a conversation can eat up precious time—day after day and project after project.

This was one of the most significant issues I had with Slack. I often found myself hunting through threads, using the search feature (to little success), or just endlessly scrolling a conversation I could vaguely remember.

Basecamp, on the other hand, provides a nice, organized list of notifications that neatly highlight things that need attention. Whether it’s a task that’s been assigned to me or a conversation in which I’m mentioned, it dramatically reduces the likelihood something falls through the cracks. 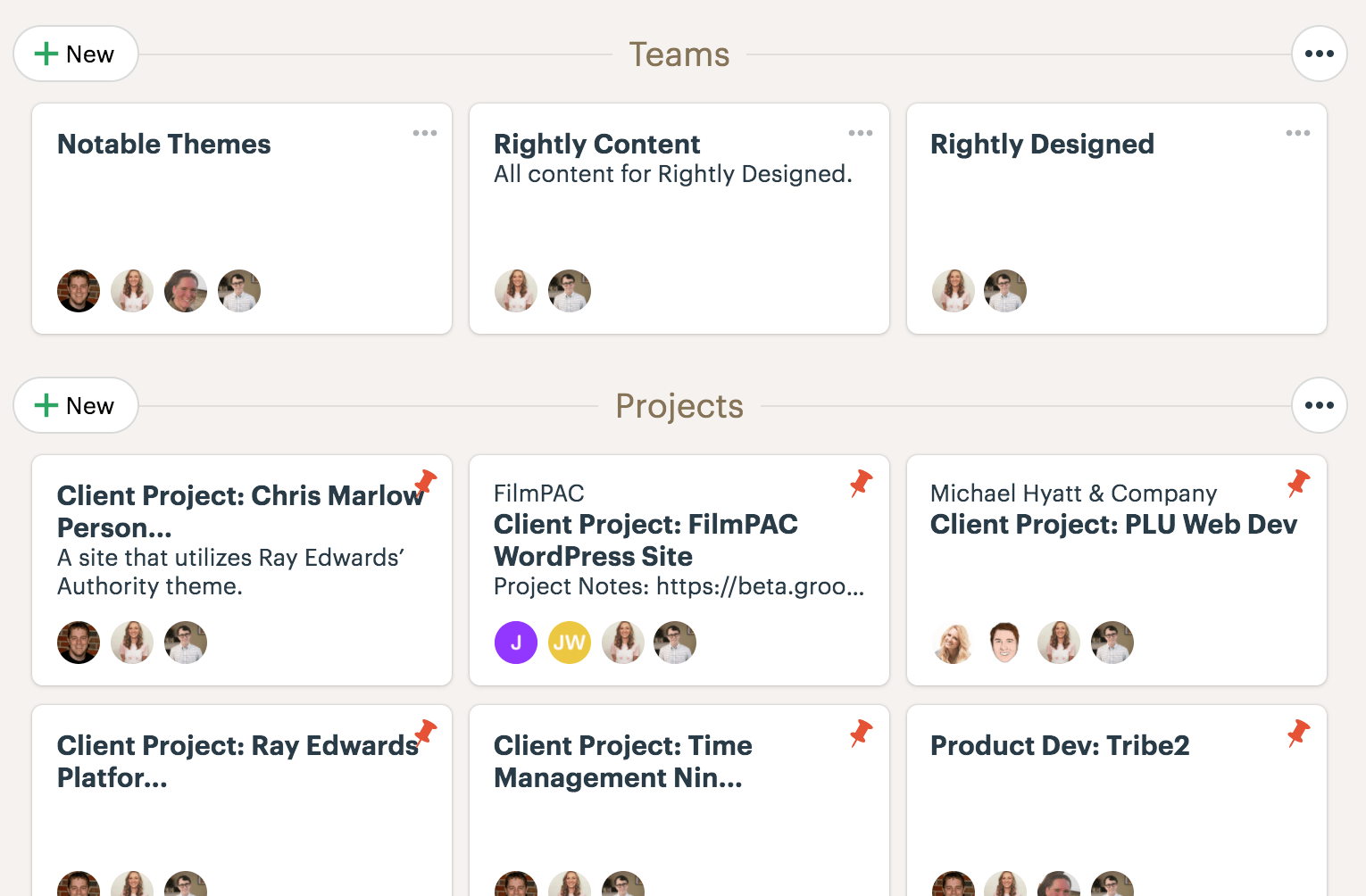 The most significant organization feature, however, is the pure ability to get a quick view of my teams and currently active projects. Being able to get a “birds-eye” view of everything that’s happening, and then zero in on specific conversations and tasks, makes a daily workflow endlessly more efficient.

Combining this view with the “Daily Big Three” of the Full Focus Planner has been a game changer.

Team and Client Communication and Collaboration

One of the biggest things that made Slack so valuable early on was its quick and easy-to-use approach to team and collaboration.

What I discovered, however, was that Basecamp had this same functionality with the added ability to discuss and collaborate over specific projects—and even particular facets of a project.

This means that not only can we quickly chat about a new website mockup, but we can also do so within the confines of a project which makes everything simple to find.

Rather than creating an endless spider web of seemingly unrelated threads and channels, each project has every quick chat or long-form communication in a place where you expect to find it.

The icing on the cake then is that you can provide clients access to specific tasks, conversations, and pieces of a project. 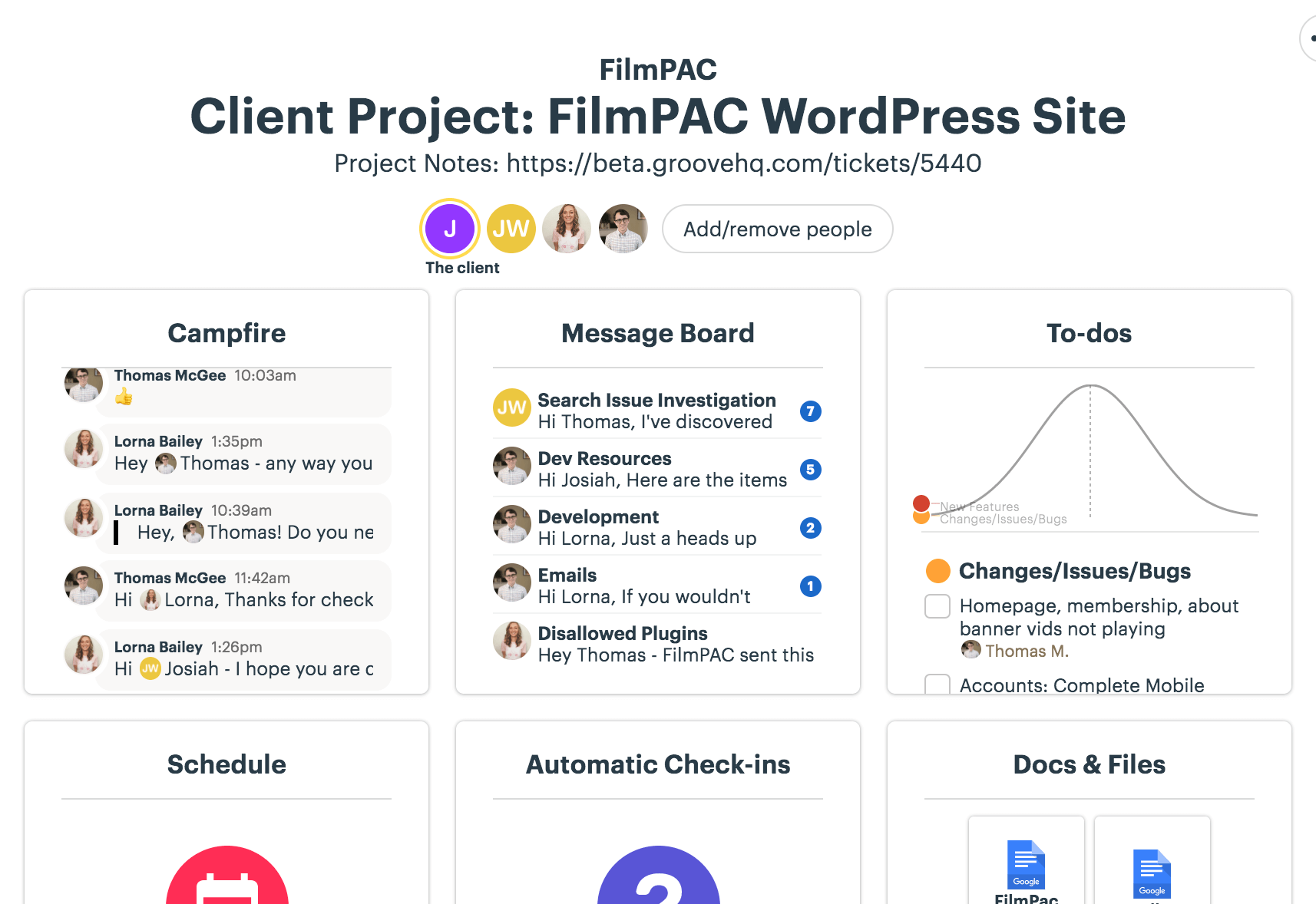 The general workflow of a project is breaking a big task down into smaller ones to be completed either by you or by your team.

The most significant difficulty I had with Slack was its lack of an action-oriented approach to communication. In other words, if there were a particular task you needed to accomplish on which you wanted to collaborate, you would need to create some sort of system to identify what project and specific job to which you’re referring. This again opened up the door to confusion and the potential for essential items falling through the cracks.

Basecamp, on the other hand, allows you to either do a general chat or start a message thread on a specific task which first helps move the mission forward and second, helps keep communication relevant to the work in one place—again—coming back to organization.

Now, I do realize that Slack and Basecamp are two different tools and therefore cannot be accurately side-by-side compared with one another.

What I can say is that if you’re working with a small team and very much in a project/goal oriented workflow, then I would highly recommend Basecamp.

Out of the numerous project management apps I’ve used over the years, it seems to carry a right balance of robust features with ease of use.