Dropbox is an excellent concept. Throw some files in a folder and have it instantly sync across all your devices.

However, while the concept is great, Dropbox’s execution has been lacking.

With the endless “Downloading file lists…” statuses and ever-increasing strain on my computer’s memory, I regrettably began my hunt for a Dropbox alternative.

Settling for some time with a regular old external hard drive, I continued to keep an eye out for a lightweight version of Dropbox when I came across Sync.

Despite the fact that it’s a little on the geeky end of the spectrum, my experience with the app thus far has been flawless. Here’re the main features that have convinced me to switch for good:

One of the big Dropbox drawbacks is the monthly fee. Fortunately, Sync is free and has a totally affordable “Pro” version with additional features that work great if you need more control when sharing files. 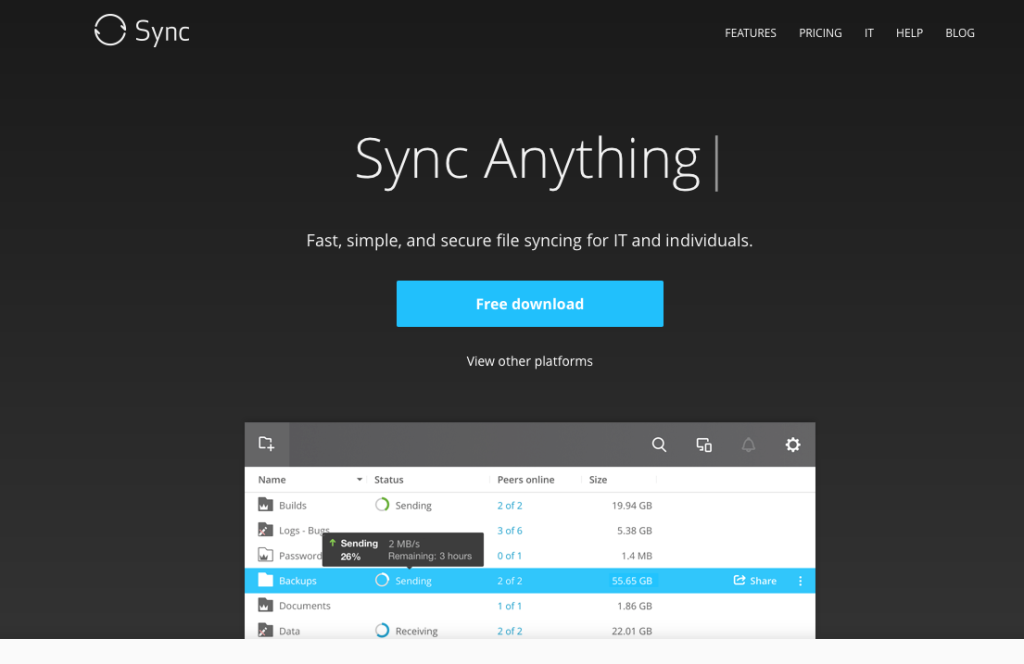 I’m a stickler when it comes to security. The fact of the matter is if you’re using a “cloud” service your data and documents are on someone else’s server. At the end of the day, that means you have to put your trust in the company’s ability to keep your stuff safe. Sync skips the cloud altogether and transfers files directly from device to device in an encrypted format.

Remember my old complaint about waiting for small files to sync? Sync handles it masterfully with a lightweight and powerful syncing methodology.

According to their benchmark tests, it’s up to 16x faster than cloud services. And, if you’re working within the same network, you don’t even need to be connected to the internet.

It Works Across a Wide Array of Devices

Part of what made Dropbox useful was the easy access to files within an iOS app. Sync hasn’t forgotten about this feature. In addition to the wide variety of desktop versions, it has an app for just about every mobile version too. 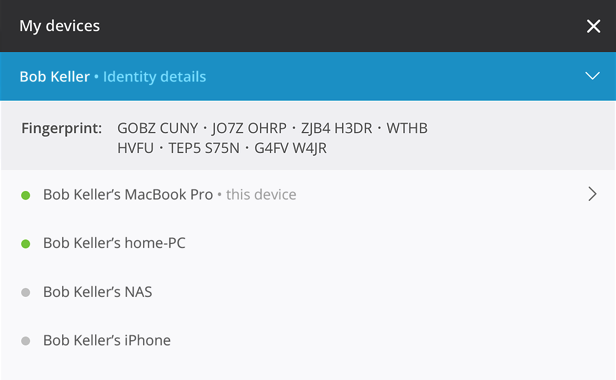 Whether working at home, at the office, or on the go, all my files are at my fingertips.

Because I work with some pretty hefty files, this is arguably my favorite feature. Unlike many cloud services out there, Sync detects when a file has been changed as oppose to when a new file has been added. This mean, rather than waiting for it to sync the entire file all over again.

After you edit an existing file, Sync knows how to update only the parts that have changed rather than the entire file. This makes updates much faster, especially for large files.

What Do You Think?

Are you currently using a cloud service? If so, what’s your experience been? I would love to hear your thoughts about Sync or any of the file transferring apps out there that have worked well for you.