According to an article that appeared in The Fiscal Times, Americans spend approximately $1,500 a minute on McDonald’s burgers. You read that right, $1,500 a minute.

The studies revealed other interesting findings, including the amount of print books being purchased in proportion to Ebooks.

The article referenced a site called “Retale” which shows how Americans are spending in real time: 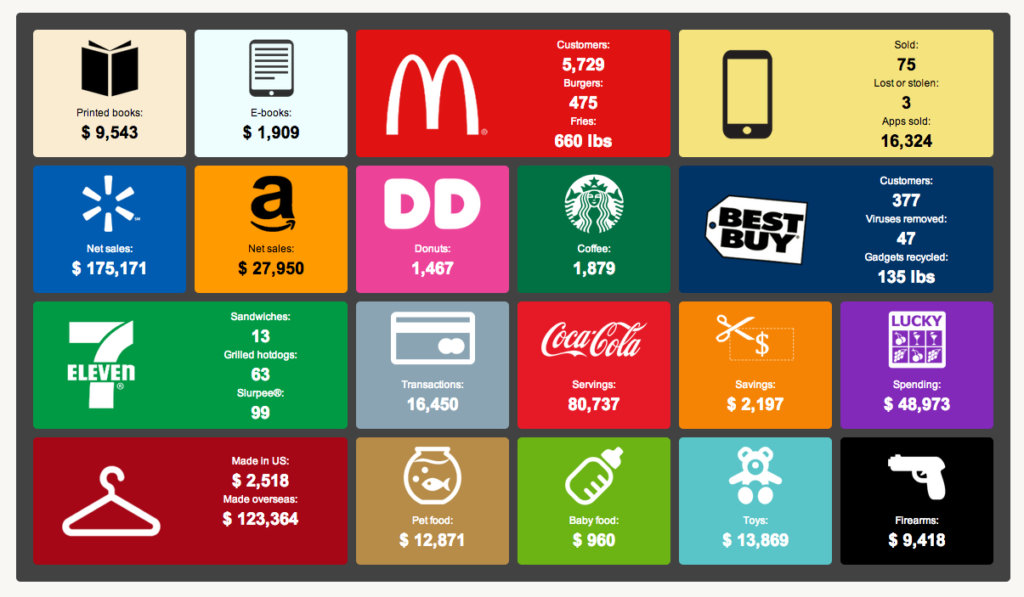